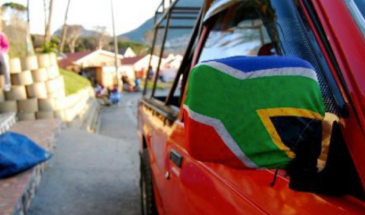 This Full day experience involves the following historic attractions which were impacted by the Apartheid law, including District Six, Robben Island and South…

This Full day experience involves the following historic attractions which were impacted by the Apartheid law, including District Six, Robben Island and South Africa's oldest Township.

This Full day experience involves the following historic attractions which were impacted by the Apartheid law.

District Six Museum: District Six Museum Foundation was founded in 1989 and the Museum in 1994 as a memorial to the forced movement of 60.000 inhabitants of various race in district six during the Apartheid in South Africa in the 1970’s

Langa Township Experience: Langa as the oldest township in the Western Cape, which has so much history, political background and the most part of Langa is the cultural makeup that makes the townships rich. Langa was established in 1927, because of the group areas act in this country.

Robben Island: Is the unique symbol of the triumph of the human spirit over adversity, suffering, and injustice with a rich 500 years old multi-layered historic, is visited every year by thousands of people eager to understand and honor the important aspect of South African history that the Island represents.

Ferry schedules to the Island: 9 am, 11 am 1 pm and 3 pm we can always choose from the four ferries based on our schedule. We are flexible on the start and end time, because it will always depend on the availability of the bookings of Robben Island.

Prices are inclusive of all entrance fees, ferry to the Island, Guide and pick up and drop off.

Dinner option: R280 per person in the local Restaurant